Latest Newsletter is Out Now!!
Click Here to go to our Newsletter area

To commence at 12 pm on Sunday 22nd November 2015 at Hazelwood Park, Burnside 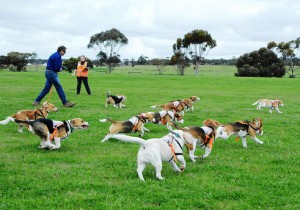 At the invitation of the Beagle Club of SA I attended their mid-year field day on June 7, travelling out to Monarto to watch beagles doing their thing. 61 people and 37 beagles (+ 2 non-beagles) attended the Field Day in addition to one very interested observer (me). Membership of the club is diverse in age and background all bought together by their love of their beagle family member and the sense of a shared community loving to participate in a sport for all with their canine companions. Kids of all ages accompanying adults and having a wonderful afternoon with a BBQ and hot soup for a very cold day. The sense of shared fun was truly delightful to experience and left me wondering if I might just be able to introduce Deana’s Scruffy dog to a fun pursuit totally suited to his breed.

As with all clubs events like the BCSA Field day does not happen without a huge effort from club officials and members; people who freely give of their time to ensure that everyone has a good time and the event runs smoothly. Chatting with Gordon I learned that over the past few years more and more people have offered their time to help at BSCA Field days and importantly there are increasing numbers of children who come and enjoy the day just as much as their parents do. This helpful supportiveness from members was very visible to me as a visitor. The overall day’s events are run by the Master of Hounds, the Assistant Master of Hounds, stewards and quad bike riders all wearing fluoro vests making it very easy to identify who to communicate with if anyone had questions. In addition watching the willingness of Beagle owners to join in and help out committee members as necessary certainly gave me a feeling of a club doing something for their members and in return those members thoroughly enjoying themselves and wanting to become more involved in club activities. The field day truly was a fun day for all – epitomised by a toddler determined to walk as far as she could herself to meet the hounds at the end of their run; nan was there to carry her if she wished, but no this little lady had a mind of her own and she excitedly watched for the Beagles to come through the gully with as much anticipation as us older folk.

Huge thanks to Gordon and the rest of the committee for making me so welcome and for explaining the whys and wherefores of the day and what the hounds were doing. I watched the novices in training; some with strong scenting/chase instincts from the start and some who needed to learn how to scent and chase the drag (lure) – a roo bone wrapped in an onion bag and soaked in tuna oil – towed by a quad. The novices have to learn that at the end of the run they need to be caught so much of their early training also involves a great deal of patience and reward for return to their owners and of course the usual recalcitrant youngster who would rather free run than return to their owner for a treat.

I then moved on to watching intermediates on more challenging runs where the finish point was out of sight and for a second run out of sight and down an embankment and up the other side of a dry creek. The biggest difference my senses took in between the novices and Intermediates is the amount of tongue the intermediates gave as they followed the scent. The noise given off as these more seasoned Beagles followed the scent was a mixture of sheer exuberance, excitement and anticipation – dogs loving what they were doing and evoking instincts of time immemorial driving their imprinted hunting abilities.

The final run of the day was a full circuit of the field, much of it out of sight and with a slightly older scent to follow. The afternoon was very blustery and this final run showed me just how easily a scent can be altered by the environment. As the pack came along the top side of the hill about 5 of the dogs broke off far sooner than they should and crossed the creek to the other side clearly still following an air scent taken on the wind to the opposite side laid trail where the dogs immediate-ly followed it back to the start point; in fact catching the trail layer much sooner than was expected because of the short cut these dogs took.

I also found it interesting to observe two obviously more seasoned hunters following the trail, not affected by the wind and coming up the rear far behind because they had not been fooled by the wind. Gordon told me that even if a dog loses a trail they can always backtrack on their scent to the starting point; something I also witnessed in my thoroughly enjoyable afternoon with the Beagle Club of SA. I had a quiet smile to myself when I noted a young couple fitting a ‘go-pro’ to the back of their dog on one of the intermediate runs; obviously this couple would view their “Beagle’s Eye view” of the hunt at home later that evening.

Speaking of modern technology when I was chatting with Gordon Radcliffe he told me how the use of GPS tracking units has greatly added to the recordability of data pertaining to tracks and animals. Gordon tells me he suggested we look at GPS tracking about 5 or so years ago at an AGM and low and behold we happened to have an Electronics Engineer as a member who got involved and designed and built 5 for the club.

As Master of Hounds Gordon used the tracks to differentiate between 2 pack hounds performance resulting in who finished up as Pack Leader for the year. Sadly since the early successes 3 units have been lost so the club is operating with just 2 units and sadly the engineer has left the club. Gordon looked around and thought of CSIRO and followed that up and came up with a group in Qld who were involved with developing suitable GPS units. The CSIRO connection is still work in progress and currently are experiencing a “few bugs” as is to be expected when utilising new technology in a new field of endeavour. The GPS Units are used to track flying foxes in Qld, so the Beagle Club are just extending their data base in the hope to have reliable and accurate data. Essentially to get real time data, so lost dogs can be tracked (in addition to any lost GPS Units) as it would save time and money; sadly what seems a relatively simple process is proving to be more difficult than first thought.

Click Here to View Photos from the August 2015 Field Day

View Album on Flickr
Click View Album to see all Photos, Only first 75 out of 364 are displayed on this Page 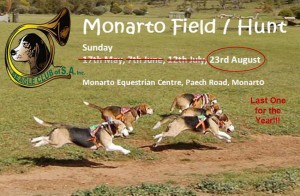 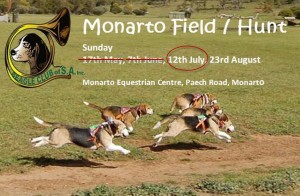 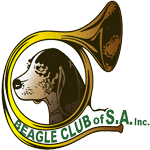 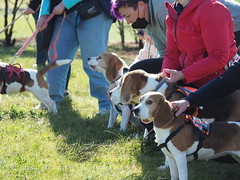 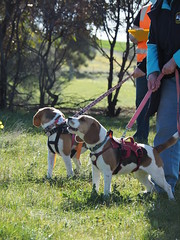 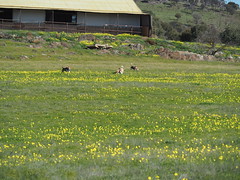 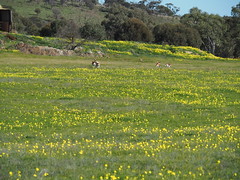 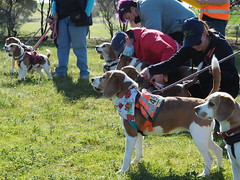 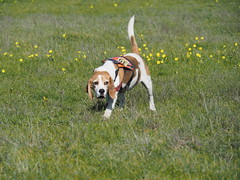 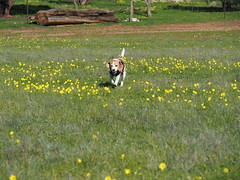 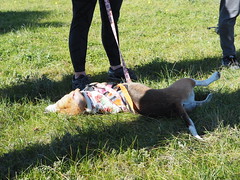 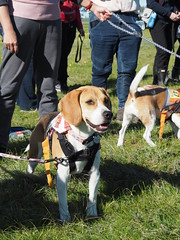 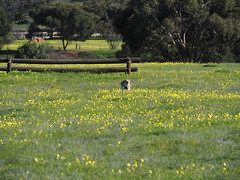 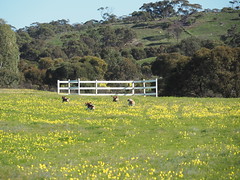 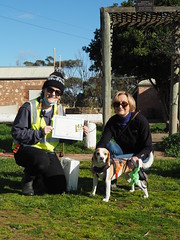 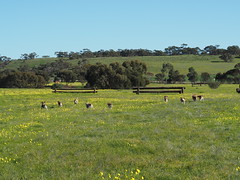 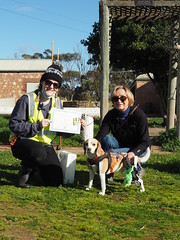 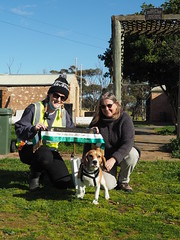 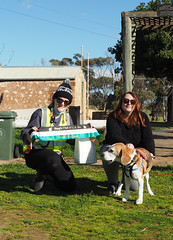 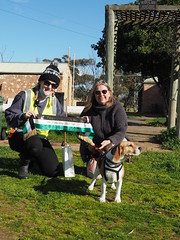 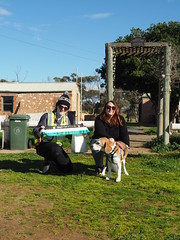 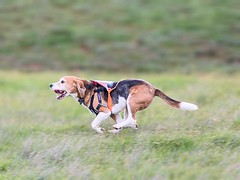